SEPRA has been active for more than 25 years in the sale of components for water treatment and fluid management equipment. The Company is specialized in proposing innovative technologies and the close relationship with suppliers allows realization of personalized solutions and engagement of the most difficult cases in cooperation with customers. The facility in Cesano Maderno includes a wide warehouse for most common products and a pilot machines fleet for field tests.

SEPRA's goal is to make advanced technologies available to OEMs, engineering companies and EPC Contractors for the development of new fluid separation applications and for the improvement of traditional effluent treatment systems, in collaboration with the most qualified international manufacturers, represented on the Italian market.

Sepra was a pioneer in bringing membrane separation technologies to Italy. The first agreement as Italian distributor dates back to 1983 with the US manufacturer Osmonics, then leader in the market of spiral wound membranes.

Between 1983 and 1993, Sepra developed semi-engineered products to meet new demands of Italian industries, becoming a distributor of a French manufacturer of ceramic tubular membrane Tami Industries.

Between 1993 and 2000 new products were added, including UV sterilizers and a line of injectors / nozzles for liquid/liquid or gas / liquid mixing systems.

The new facility in Cesano Maderno is opened in 2000, starting a new development phase. Between 2000 and 2002, oil separation product  line is added in order to achieve greater capacity for the oily waste water treatment. In addition, standard systems are introduced for lab  cross flow filtration membrane pilot plants.

Between 2002 and 2004, Sepra incorporates Ozonis S.r.l., developing its own home-made ozone generator line. Ozonis is then transformed into a Sepra division

In 2010, the majority stake in the company T.A. S.r.l., a workshop specialized in the construction of pilot plants and membrane separation plants, is acquired.

In 2011, a line of modules made of hollow fiber membranes was introduced for tertiary filtration with submerged or external MBR systems

In 2014 Sepra invests in the creation of new shop and office in Montecchio, allowing it to consolidate two owned locations in the most productive areas of North Italy.

In 2016, thanks to partnership with several O&M, Sepra acquires easier access to the rental of large units for new applications test on industrial scale.

In 2018 Sepra further expand its offer of fluid handling components with a new line of filtration cartridges. 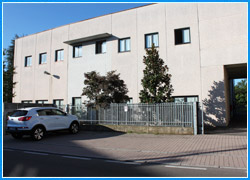